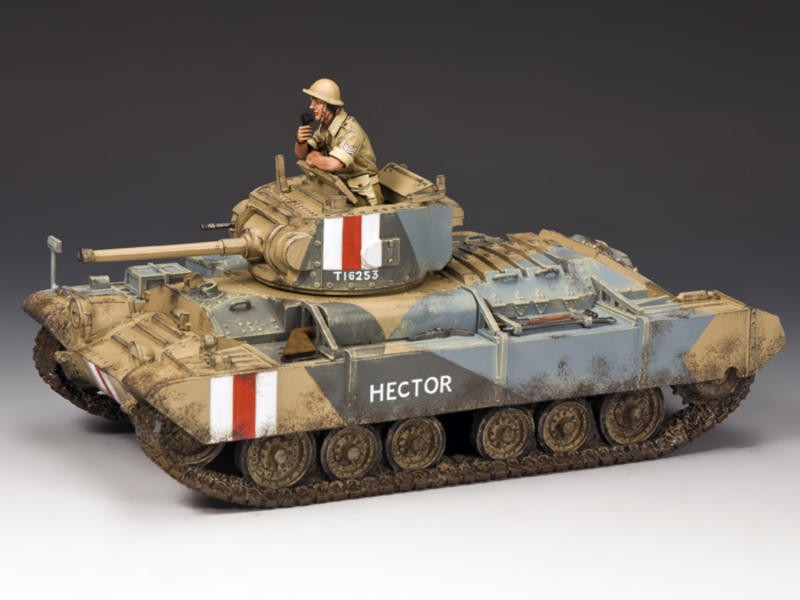 The Valentine was the most produced of any British-designed tank during WW2. More than 8,000 were built in 11 different marks. They accounted for over one quarter of all British tank production between 1940 and 1944. In addition to serving with both British and Canadian army units large numbers were supplied to Soviet Russia under lend-lease... This is the first K&C Valentine (two more are planned) and is in the markings of the 1st. Army Tank Brigade, stationed in Tobruk, Libya in 1942. Our model “HECTOR” wears the unique “splinter” three-colour camouflage and comes with a vehicle commander.