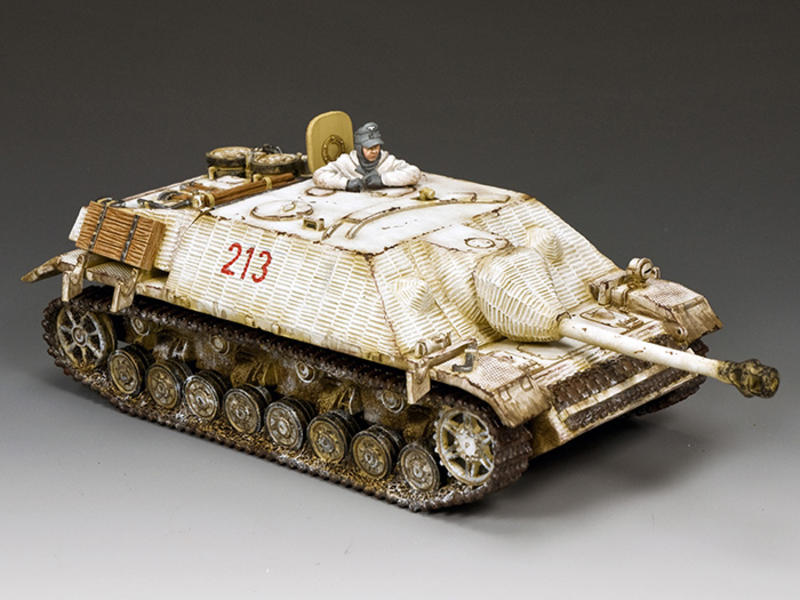 The Jagdpanzer IV otherwise known as the Sd. Kfz.162, was a German tank destroyer based on the highly successful Panzer IV chassis. Originally intended as a replacement for the Sturmgeschutz III it eventually fought alongside the earlier-produced Stugs and never actually replaced it in the Wehrmacht’s arsenal. This fighting vehicle began production in December 1943 and continued being produced until the final days of The Third Reich in May 1945. Approx. 2,000 were manufactured. Our K&C model mounts the 7.5cm Pak 42 main gun and comes with a vehicle commander in the open hatch. Just over 250 of these Jagdpanzers IV’s were deployed in the German attack in the Ardennes which began on December 16, 1944... and that’s how many we have made!